* In case of any delay in receiving the OTP, you may verify it later. Please proceed without verification.

Enter your City name or Pincode

Located 391 km away from the state capital of Chennai and 95.4 km away from the urban center of Tiruchirappalli, Namakkal is a distinguished commercial hub of South India. Apart from being an important industrial center, Namakkal is one of the significant pilgrimage sites of Tami Nadu that receives devotees from all over the country, throughout the year.  Let's get to know more about options for tourism in Namakkal in detail. 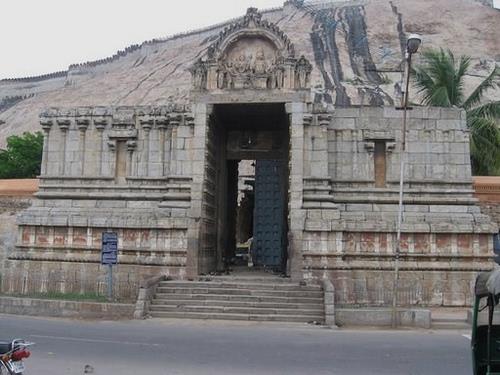 In Satya Yuga (also known as Krta Yuga - pure period/golden age and one among the various yugas specified in the astronomical siddhanthas), the two doorkeepers of Vaikuntha (Vishnuloka - sacred abode of Lord Vishnu), Hiranyakashipu and Hiranyaksha were born as  Asura brothers due to the curse of rishis. Hiranyaksha, the younger brother was killed by Varaha - the third avatar of Lord Vishnu among the Dashavatara. 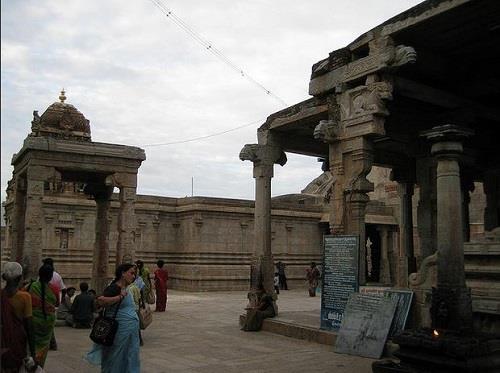 Enraged by the death of his brother, Hiranyakashipu determined to earn mystical powers by performing severe penance (Thapas). The god of creation granted him with blessings and boons that Hiranyakashipu will never encounter the destruction by humans, creatures and so on. Later, Hiranyakashipu, with his powers, handed a great deal of inconveniences to devas and rishis. Furthermore, the powerful asura commanded the devas and rishis to worship him, saying that there is no other god except him. 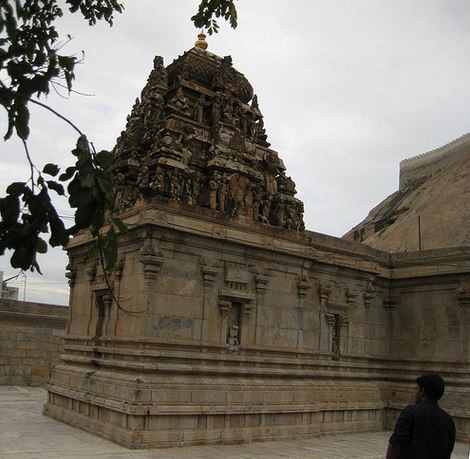 Afraid of his mystical powers, the devas and rishis prayed to Lord Vishnu to seek his blessings and alleviation from Lord Vishnu. Consequently, Lord Vishnu, decided to slay Hiranyakashipu and offered his blessings to devas and rishis. Prahaladha, the son of Hiranyakashipu was a born-devotee of Lord Mahavishnu. The devout Prahaladha turned down to utter the 'Hiranyaya Nama' and continued to worship Lord Vishnu, notwithstanding several warnings from his father. After several failed attempts by his evil father, Prahaladha proudly announced that Lord Vishnu is the only god in the world and he piously uttered 'Om Namo Narayana'. 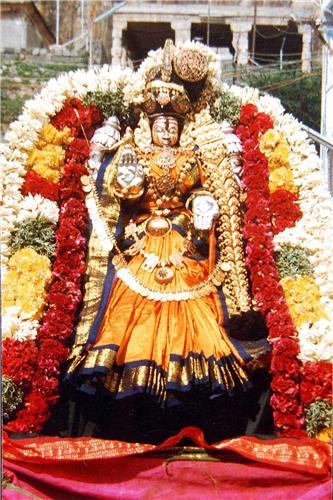 Furious Hiranyakashipu asked his son about the whereabouts of his god. The little devotee replied that Sri Maha Vishnu is everywhere and his father cannot destroy him. This made the evil king, even more wilder and he asked his son, "Is your Vishnu present in this pillar?”. Prahaladha instantly replied, "Yes." In the moment of madness, Hiranyakashipu banged the pillar with his big mace. To his surprise, Lord Narasimhar manifested from that very pillar and dragged Hiranyakashipu towards the entrance way of the royal palace and based him on his holy thighs and torn his chest by his knifelike nails. 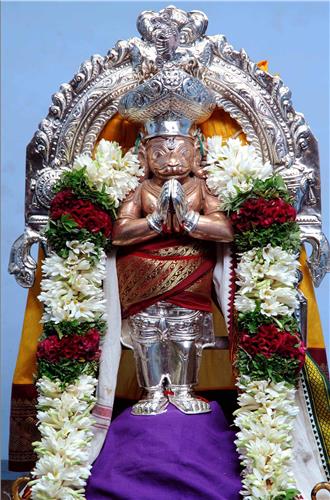 After the killing of Hiranyakashipu (Hiranya Vadham), the deavs and rishis were afraid to go near Lord Narasimha who remained in a glowering mood. Prahaladha, the great devotee supplicated the almighty and in turn he got blessed. Then, the Narasimha Swamy disappeared from that spot in the form of a Saligramam near Prahaladha's realm and he revered the Saligramam from thereafter. In Treta yuga (the second yuga out of four yugas) during the period of Sri Ramayana, Lord Hanuman protected Sri Rama and others with Sanjeevi Mooligai (herbs) which was brought from the Himalaya Mountains. Later, Lord Hanuman returned the Sanjeevi Malai to its original place. 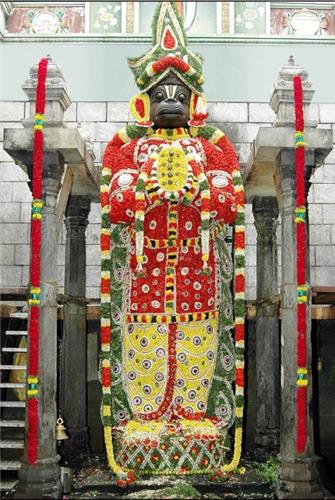 On his way back, Lord Hanuman brought the Saligramam in which Lord Narasimha disappeared. The ardent devotee of Sri Rama came down to do his routine prayers. Seeing Goddess Mahalakshmi undertaking penance in that spot, he laid the Saligrama on her hand and proceeded with his prayers. Later, Lord Hanuman went back to discover the Saligrama missing from her Mahalakshmi's hands. The goddess narrated him that it was too heavy for her to hold and therefore she put it on the land only for it to become a Saligrama mountain. 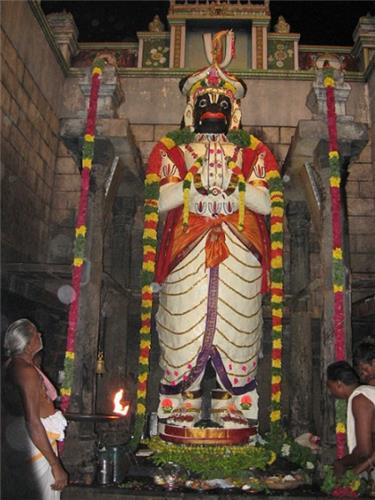 When Lord Hanuman tried collecting the mountain, he fascinated a glittering light coming out from the mountain. It was none other than Lord Maha Vishnu offering darshan, in Narasimha avatar, to both goddess and Hanuman. As Hanuman brought the Saligrama and contributed in the making of this holy site, Lord Narasimha Swamy told him to stay here looking the Saligrama hill and offer his blessings to people in a tall majestic standing posture without a roof (gopuram). 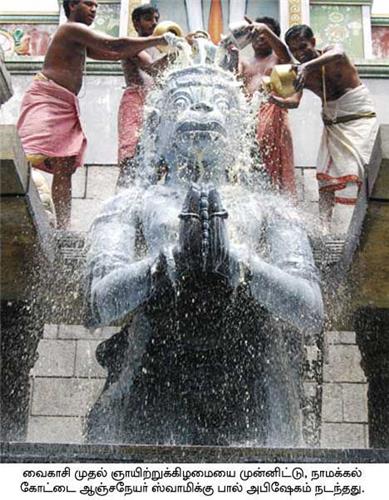 As goddess Maha Lakshmi took penance in this place by chanting 'Om Namo Narayana’ and the sacred hill was made after she kept the Saligrama on the land, Lord Narasimha Swamy distinguished the spot as 'Nama Giri’ and called her as Namagiri Thayar. For the contribution of goddess Maha Lakshmi to this place, Lord Narasimha granted her the due priority at this holy site. People are to first worship the goddess here prior to entering the Arulmigu Narasimha Swamy Sannidhi. 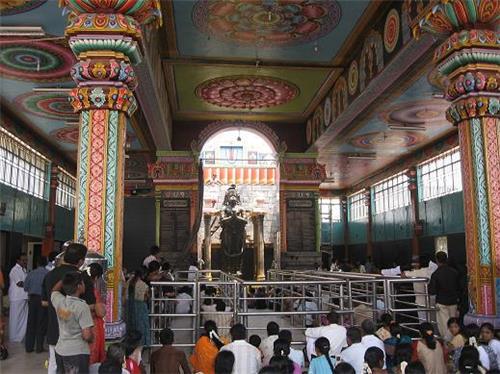 Arulmigu Lakshmi Narashimha Swamy is seen inside the cave temple of a Saligrama hill on a 'Rathna Simhasanam' in Veerasana posture (a Yoga posture where the body rests rigid and unbent and mind stays absolute and courageous.) looking in the west direction. The primary deity of Lord Lakshmi Narashimha Swamy facing the west direction is regarded as a specialty of this temple. 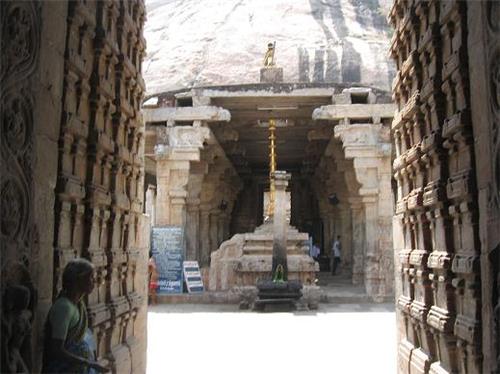 Lord Lakshmi Narashimha Swamy is graced with an amazingly designed golden crown and golden jewelry to ornament the ear, and garlands. The deity is seen with four hands holding sudarshana Chakra, white conch, Aahwana Muthra and one hand resting on his knees. Goddess Sri Maha Lakshmi lives in his right chest. Furthermore, Narasimha Swamy is seen wearing 'Saligrama Haram' with 108 saligramams and keeping a silver stick which to punish evil powers, quash the wicked spirit and clear necromancy. 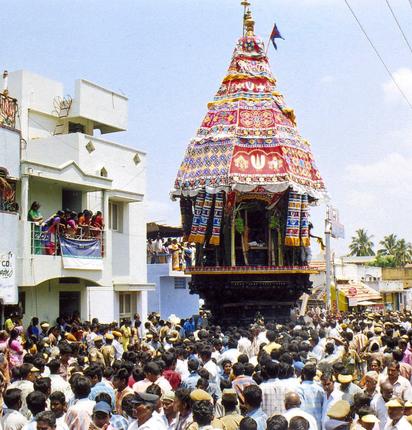 Namakkal Sri Namagiri Lakshmi Narasimhaswami Temple is one of the unique Hindu temples in the country with the specialty of being a 'Thirumurthy Sthalam' where Lord Vishnu, Lord Brahma, Lord Shiva resides in the same holy site. The primary deity of Swamy Lakshmi Narasimha Swamy is surrounded by Sanakan and Sanathanan - the two Brahma Buthras, communicating the happenings in the globe to the lord, Chandran and Sooryan always fanning the lord in order to reduce his wrath, Lord Shiva to his right and Lord Brahma to his left as devotees.

Some say that the cave temples were built by Vishvakarma - the presiding god of all crafters and designers. The archaeological departments differ from the accounts and consider that caves are built by Pallava kings. Except the majestic Hanuman which stands at 18 feet, no other deity in this temple is without canopy.

Come and visit this awe-inspiring historic temple at Namakkal and get the blessings of Nama Giri Thayar, Sri Lakshmi Narasimhar and Sri Hanuman. 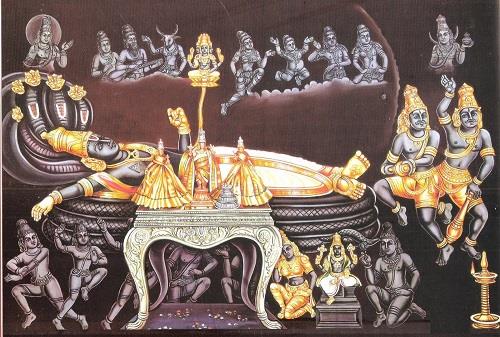 Located on the eastern side of the fort and almost behind the Namakkal Sri Namagiri Lakshmi Narasimhaswami Temple is the notable Sri Ranganathar Temple. The Ranganathar Temple is dedicated to Lord Ranganatha (Lord Vishnu), is found in lying posture also known as 'Karkodaga Sayana' posture with his sacred head resting south and his holy feet resting towards to the north. 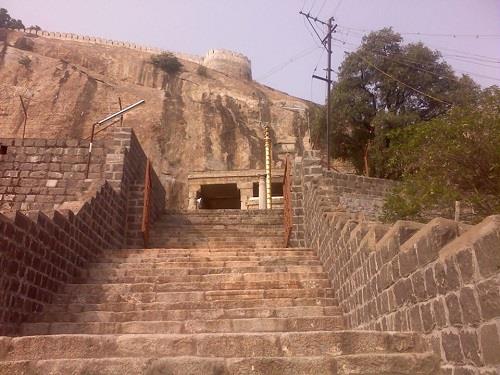 It is believed that Naga King Karkotaka performed a penance and pleaded to Lord Vishnu to rest on his body. Therefore, the posture of Sri Ranganathar here is mentioned as 'Karokotaga Sayanam' posture. As Lord Vishnu is resting on Karkotaka, it is unique to find that the face of the holy snake resembles a roaring lion in this temple. Sri Ranganathar Temple in Namakkal has three individual entrances and the one in the middle is the main entrance that is open to devotees on a daily basis. The other entrances are closed throughout the year except the day of Vaikuntha Ekadashi. 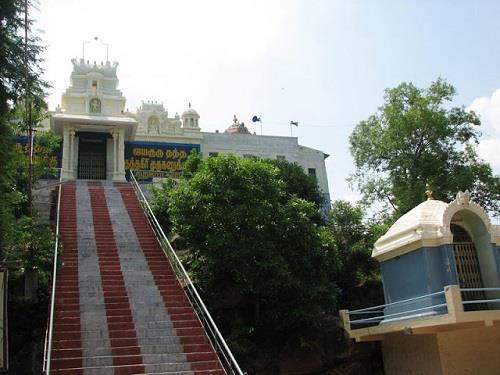 As the saying goes, 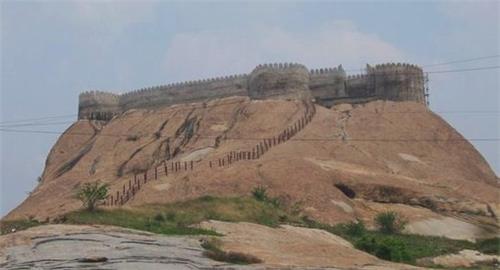 A 17th century fort located on the crown of the Namagiri hill is made of an individual rock, that is standing tall at 246 ft. The historic fort houses two religious sites, a mosque and a Narasimha Murthy temple. Constructed by the rulers of the Madurai Nayak dynasty, the Namakkal fort is comprised with intricately carved monumental blocks of the same rock as the hill and attached to the rock by a bonding mixture. Kamalalayam tank, situated at the foothills, is generally linked to the majestic structure. At present, the Namakkal fort is maintained by the Archeological Department of the Government of Tamil Nadu. 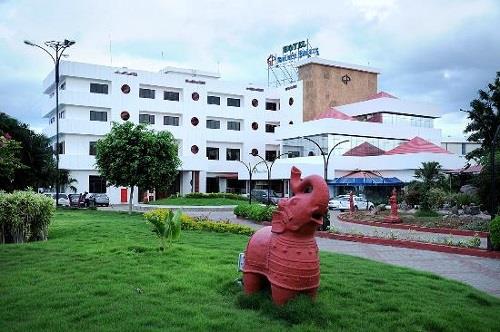 For a pilgrimage destination, Namakkal is well equipped with hotels to accommodate all types of guests who are visiting the town from all over the world, throughout the year. Find below some of the most popular hotels in Namakkal.

Comments / Discussion Board - Tourism in Namakkal